Jesus is speaking to His disciples who are all Jews about His Return. He is not referring to the Rapture/Resurrections.

Jesus Predicts the Destruction of the Temple

Matthew 24:1 Then Jesus went out and departed from the temple, and His disciples came up to show Him the buildings of the temple.

Matthew 24:2 And Jesus said to them, “Do you not see all these things? Assuredly, I say to you, not one stone shall be left here upon another, that shall not be thrown down.”

@Prophecy Alert: Fulfilled in 70 AD: The armies of Titus utterly destroy the temple on top of the temple mount. 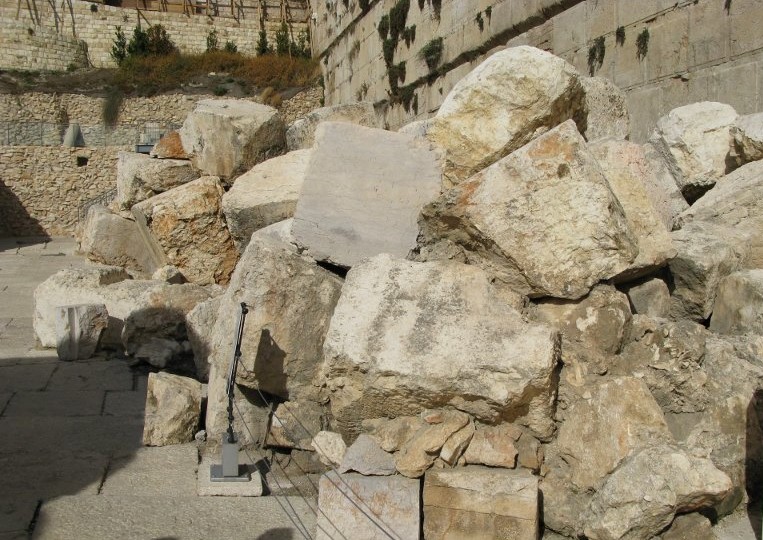 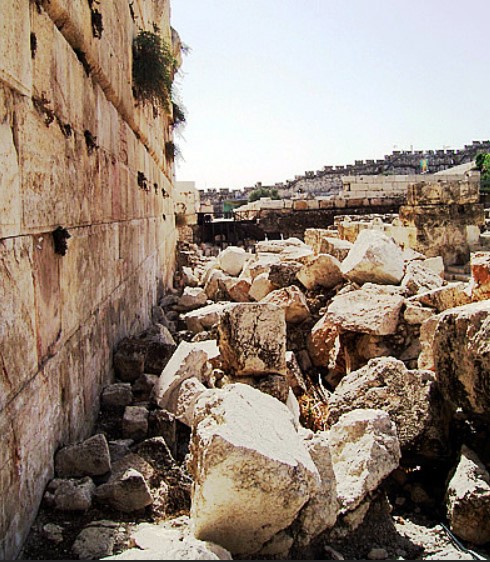 The Signs of the Times and the End of the Age

Matthew 24:3 Now as He sat on the Mount of Olives, the disciples came to Him privately, saying, “Tell us, when will these things be? And what will be the sign of Your coming, and of the end of the age?”

Matthew 24:4 And Jesus answered and said to them: “Take heed that no one deceives you.

Matthew 24:5 For many will come in My name, saying, ‘I am the Christ,’ and will deceive many.

Matthew 24:6 And you will hear of wars and rumors of wars. See that you are not troubled; for all these things must come to pass, but the end is not yet.

Matthew 24:7 For nation will rise against nation, and kingdom against kingdom. And there will be famines, pestilences, and earthquakes in various places.

Matthew 24:8 All these are the beginning of sorrows.

Matthew 24:9 “Then they will deliver you up to tribulation and kill you, and you will be hated by all nations for My name’s sake.

Matthew 24:10 And then many will be offended, will betray one another, and will hate one another.

Matthew 24:11 Then many false prophets will rise up and deceive many.

Matthew 24:12 And because lawlessness will abound, the love of many will grow cold.

Matthew 24:13 But he who endures to the end shall be saved.

Matthew 24:14 And this gospel of the kingdom will be preached in all the world as a witness to all the nations, and then the end will come.

Matthew 24:15 “Therefore when you see the ‘abomination of desolation,’ spoken of by Daniel the prophet, standing in the holy place” (whoever reads, let him understand),

Matthew 24:16 “then let those who are in Judea flee to the mountains.

Matthew 24:17 Let him who is on the housetop not go down to take anything out of his house.

Matthew 24:18 And let him who is in the field not go back to get his clothes.

Matthew 24:20 And pray that your flight may not be in winter or on the Sabbath.

Matthew 24:21 For then there will be great tribulation, such as has not been since the beginning of the world until this time, no, nor ever shall be.

Matthew 24:22 And unless those days were shortened, no flesh would be saved; but for the elect’s (chosen ones’) sake those days will be shortened.

The gospel is preached by the two witnesses who preach from the steps of the third temple, but they don’t know what to look for. One hundred and forty four thousand will be sealed because of these two witnesses. They are YOUNG, JEWISH, MALE, VIRGINS! TWELVE THOUSAND FROM EACH JEWISH TRIBE! These are the remnant because Rev 14 describes them during the millennium when Jesus is ruling in Jerusalem.

Matthew 24:24 For false christs and false prophets will rise and show great signs and wonders to deceive, if possible, even the elect.

Matthew 24:27 For as the lightning comes from the east and flashes to the west, so also will the coming of the Son of Man be.

Matthew 24:28 For wherever the carcass (Jerusalem) is, there the eagles (vultures) will be gathered together (men who are predators, eating off the flesh of others).

The Coming of the Son of Man

Matthew 24:29 “Immediately after the tribulation of those days the sun will be darkened, and the moon will not give its light; the stars will fall from heaven, and the powers of the heavens will be shaken.

Matthew 24:30 Then the sign of the Son of Man will appear in heaven, and then all the tribes of the earth will mourn, and they will see the Son of Man coming on the clouds of heaven with power and great glory.

Matthew 24:31 And He will send His angels with a great sound of a trumpet, and they will gather together His elect (Chosen Ones: Jews) from the four winds (everywhere), from one end of heaven to the other.

The trumpets were blown by the Hebrews for one of three reasons: 1) the moving of the camps (the rapture ie: the Feast of Trumpets), 2) The warning of an attack (the tribulation), and 3) A feast of celebration (the return of Jesus).

The Parable of the Fig Tree

Matthew 24:32 “Now learn this parable from the fig tree: When its branch has already become tender and puts forth leaves, you know that summer is near.

Matthew 24:34 Assuredly, I say to you, this generation (or race: the Jews) will by no means pass away till all these things take place.

Matthew 24:35 Heaven and earth will pass away, but My words will by no means pass away.

No One Knows the Day or Hour

Matthew 24:36 “But of that day and hour no one knows, not even the angels of heaven (nor the Son), but My Father only.

Matthew 24:37 But as the days of Noah were, so also will the coming of the Son of Man be.

The historic Noah is the prophetic Christ

Matthew 24:38 For AS in the days before the flood, they were eating and drinking, marrying and giving in marriage, until the day that Noah entered the ark,

Matthew 24:39 and did not know until the flood came and took them all away, SO ALSO will the coming of the Son of Man be.

Matthew 24:40 Then two men will be in the field: one will be taken and the other left.

Matthew 24:41 Two women will be grinding at the mill: one will be taken and the other left.

Matthew 24:42 Watch therefore, for you do not know what hour (day) your Lord is coming.

Matthew 24:43 But know this, that if the master of the house had known what hour [Lit. watch of the night] the thief would come, he would have watched and not allowed his house to be broken into.

The Faithful Servant and the Evil Servant

Matthew 24:45 “Who then is a faithful and wise servant, whom his master made ruler over his household, to give them food in due season (at the right time)?

Matthew 24:46 Blessed is that servant whom his master, when he comes, will find so doing.

Matthew 24:47 Assuredly, I say to you that he will make him ruler over all his goods.

Matthew 24:48 But if that evil servant says in his heart, ‘My master is delaying his coming,’

Matthew 24:49 and begins to beat his fellow servants, and to eat and drink with the drunkards,

Matthew 24:50 the master of that servant will come on a day when he is not looking for him and at an hour that he is not aware of,

Matthew 24:51 and will cut him in two and appoint him his portion with the hypocrites. There shall be weeping and gnashing of teeth.