The Parable of the Wedding Feast

Matthew 22:1 And Jesus answered and spoke to them again by parables and said:

Matthew 22:2 “The kingdom of heaven is like a certain king who arranged a marriage for his son,

Matthew 22:3 and (the king) sent out his servants to call those who were invited to the wedding; and they were not willing to come.

Matthew 22:4 Again, he sent out other servants, saying, ‘Tell those who are invited, “See, I have prepared my dinner; my oxen and fatted cattle are killed, and all things are ready. Come to the wedding.” ’

Matthew 22:5 But they made light of it and went their ways, one to his own farm, another to his business.

Matthew 22:6 And the rest (of those who were invited to the wedding) seized his servants, treated them spitefully (insolently), and killed them.

Matthew 22:7 But when the king (the Father) heard about it, he was furious. And he sent out his armies, destroyed those murderers, and burned up their city.

These Stones are Huge!

Matthew 22:8 Then he (the king) said to his servants, ‘The wedding is ready, but those who were invited were not worthy.

Matthew 22:9 Therefore go into the highways (outside of Israel), and as many as you find, invite to the wedding.’

Matthew 22:10 So those servants went out into the highways and gathered together all whom they found, both bad and good. And the wedding hall was filled with guests.

Matthew 22:11 “But when the king came in to see the guests, he saw a man there who did not have on a wedding garment.

Matthew 22:12 So he (the king) said to him (the interloper), ‘Friend, how did you come in here without a wedding garment?’ And he was speechless.

Matthew 22:13 Then the king said to the servants, ‘Bind him hand and foot, take him away, and cast him into outer darkness; there will be weeping and gnashing of teeth.

The Pharisees: Is It Lawful to Pay Taxes to Caesar?

Matthew 22:15 Then the Pharisees went and plotted how they might entangle Him in His talk.

Matthew 22:16 And they (the Pharisees) sent to Him their disciples with the Herodians, saying, “Teacher, we know that You are true, and teach the way of God in truth; nor do You care about anyone, for You do not regard (literally meaning is: look at the face of) the person of men.

Matthew 22:17 Tell us, therefore, what do You think? Is it lawful to pay taxes to Caesar, or not?”

Matthew 22:18 But Jesus perceived (knew) their wickedness, and said, “Why do you test Me, you hypocrites?

Back to the Pharisees and Jesus’ answer whether or not it is lawful to pay taxes to Caesar:

So they (the Pharisees) brought Him a denarius.

Matthew 22:20 And He said to them, “Whose image and inscription is this?”

Matthew 22:22 When they had heard these words, they marveled, and left Him and went their way.

The Sadducees: What About the Resurrection?

Matthew 22:23 The same day the Sadducees, who say there is no resurrection, came to Him and asked Him,

Matthew 22:24 saying: “Teacher, Moses said that if a man dies, having no children, his brother shall marry his wife and raise up offspring for his brother.

Matthew 22:25 Now there were with us seven brothers. The first died after he had married, and having no offspring, left his wife to his brother.

Matthew 22:26 Likewise the second also, and the third, even to the seventh.

Matthew 22:28 Therefore, in the resurrection, whose wife of the seven will she be? For they all had her.”

Matthew 22:29 Jesus answered and said to them, “You are mistaken (deceived), not knowing the Scriptures nor the power of God.

Matthew 22:30 For in the resurrection they neither marry nor are given in marriage, but are like angels of God in heaven.

Matthew 22:31 But concerning the resurrection of the dead, have you not read what was spoken to you by God, saying,

Matthew 22:33 And when the multitudes heard this, they were astonished at His teaching.

The Scribes: Which Is the First Commandment of All?

Matthew 22:34 But when the Pharisees heard that He had silenced the Sadducees, they gathered together.

Matthew 22:35 Then one of them, a lawyer, asked Him a question, testing Him, and saying,

Matthew 22:36 “Teacher, which is the great commandment in the law?”

Matthew 22:38 This is the first and great commandment.

Matthew 22:39 And the second is like it: ‘You shall love your neighbor as yourself.’

Matthew 22:40 On these two commandments hang all the Law and the Prophets.” 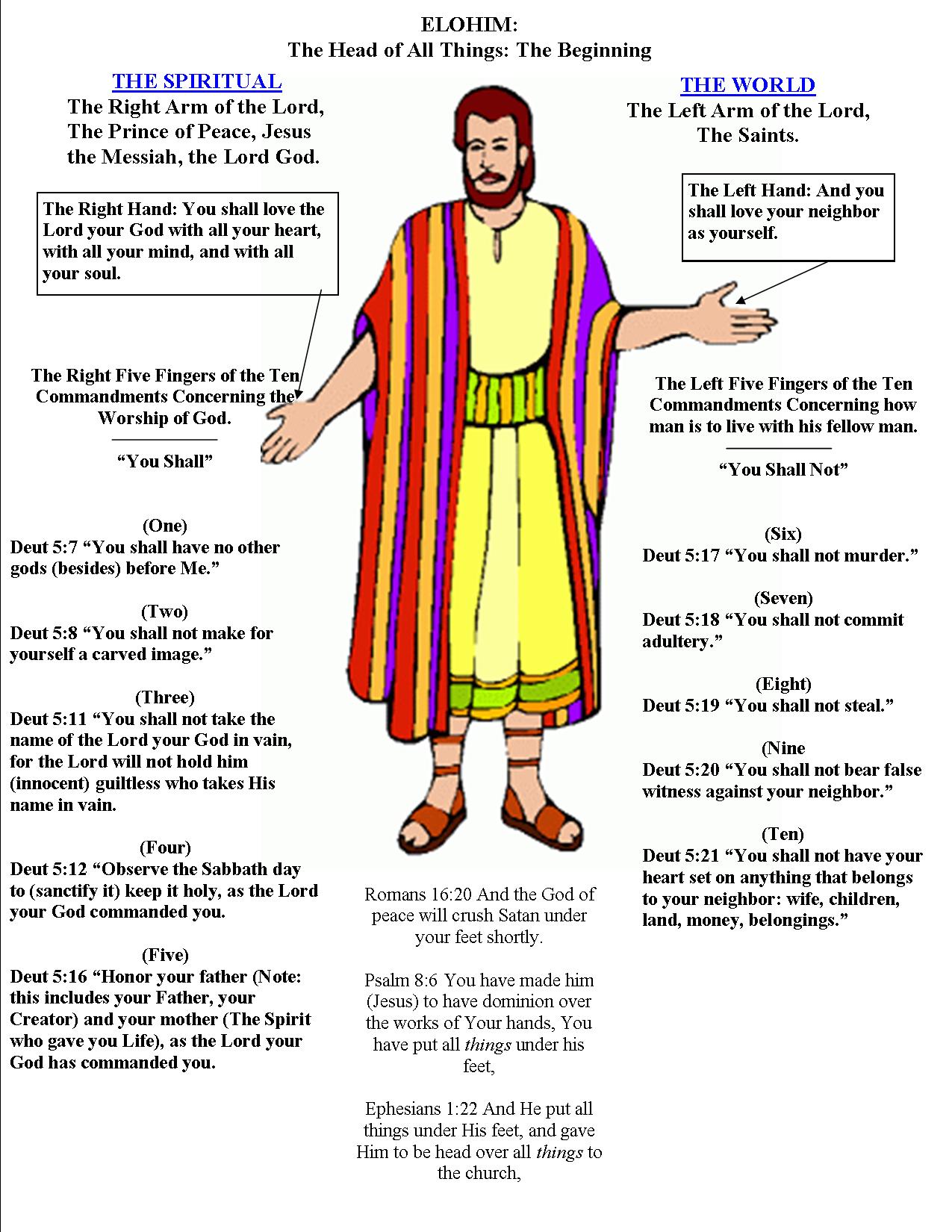 Jesus: How Can David Call His Descendant Lord?

Matthew 22:41 While the Pharisees were gathered together, Jesus asked them,

Matthew 22:42 saying, “What do you think about the Christ (the promised Messiah who would save the Jewish nation)? Whose Son is He?”

They said to Him, “The Son of David.”

Matthew 22:43 He said to them, “How then does David in the Spirit call Him ‘Lord,’ saying:

In the above verse, the Father God is speaking to His Son, both looking into the future when Jesus will become man in the flesh and one day reign on earth during the millennium. See timeline below ▼.

Matthew 22:46 And no one was able to answer Him a word, nor from that day on did anyone dare question Him anymore.

What is the overview of Jesus’ mission?

There is no accident in the timing. John the Baptizer called out “Behold the Lamb of God who takes away the sin of the world.” Jesus is the Passover lamb of the Old Testament predestined from creation to die on the cross and rise again to atone for man’s sins.

What does that say about the Jewish feasts that haven’t yet been fulfilled and what do they mean?

Bible, Matthew
Chart: Simple Timeline, Fox News Sheep over Cliff, How can David Call His Descendant Lord?, Illustration: The Ten Commandments, Is ist lawful to Pay Taxes to Caesar, Marriage in heaven, Matthew 22, Quantum Study Bible, The Denarius of Tiberius Caesar, The First Commandment of All, The Parable of the Wedding Feast, The Sadducess and the Resurrection, The Temple Stones
Loading Comments...