The Song of Moses

Deuteronomy 32:2 Let my teaching (doctrine) drop as the rain (Messiah-Jesus),

My speech distill as the dew,
As raindrops on the tender herb,
And as showers on the grass.

Deuteronomy 32:3 For I proclaim the name of the Lord (Yᵊhōvâ):
Ascribe greatness to our God (‘ĕlōhîm: plural Godhead).

Deuteronomy 32:4 He is the Rock, His work is perfect;
For all His ways are justice,
A God of truth and without injustice;
Righteous and upright is He.

Deuteronomy 32:5 “They have corrupted themselves;
They are not His children,
Because of their blemish:
A perverse and crooked generation.

Deuteronomy 32:6 Do you thus deal with (repay) the Lord (Yᵊhōvâ) ,
O foolish and unwise people?
Is He not your Father, who bought (redeemed) you?

Has He not made you and established you?

Deuteronomy 32:7 “Remember the days of old,
Consider the years of many generations.
Ask your father, and he will show you;
Your elders, and they will tell you:

Deuteronomy 32:8 When the Most High (ʿelyôn) divided their inheritance to the nations,
When He separated the sons of Adam (He divided the Hebrews from the Gentiles),
He set the boundaries of the peoples (He gave the Hebrews the promised land)

According to the number of the children (Angels of Godor even sons of God) of Israel.

Deuteronomy 32:9 For the Lord’s (Yᵊhōvâ) portion (tithe) is His people;
Jacob is the place of His inheritance.

Deuteronomy 32:10 “He found him (The Jews) in a desert land
And in the wasteland, a howling wilderness;
He encircled him, He instructed him,
He kept him as the apple (pupil) of His eye.

God’s gaze is always on His children.

Deuteronomy 32:11 As an eagle stirs up its nest,
Hovers over its young,
Spreading out its wings, taking them up,
Carrying them on its wings, 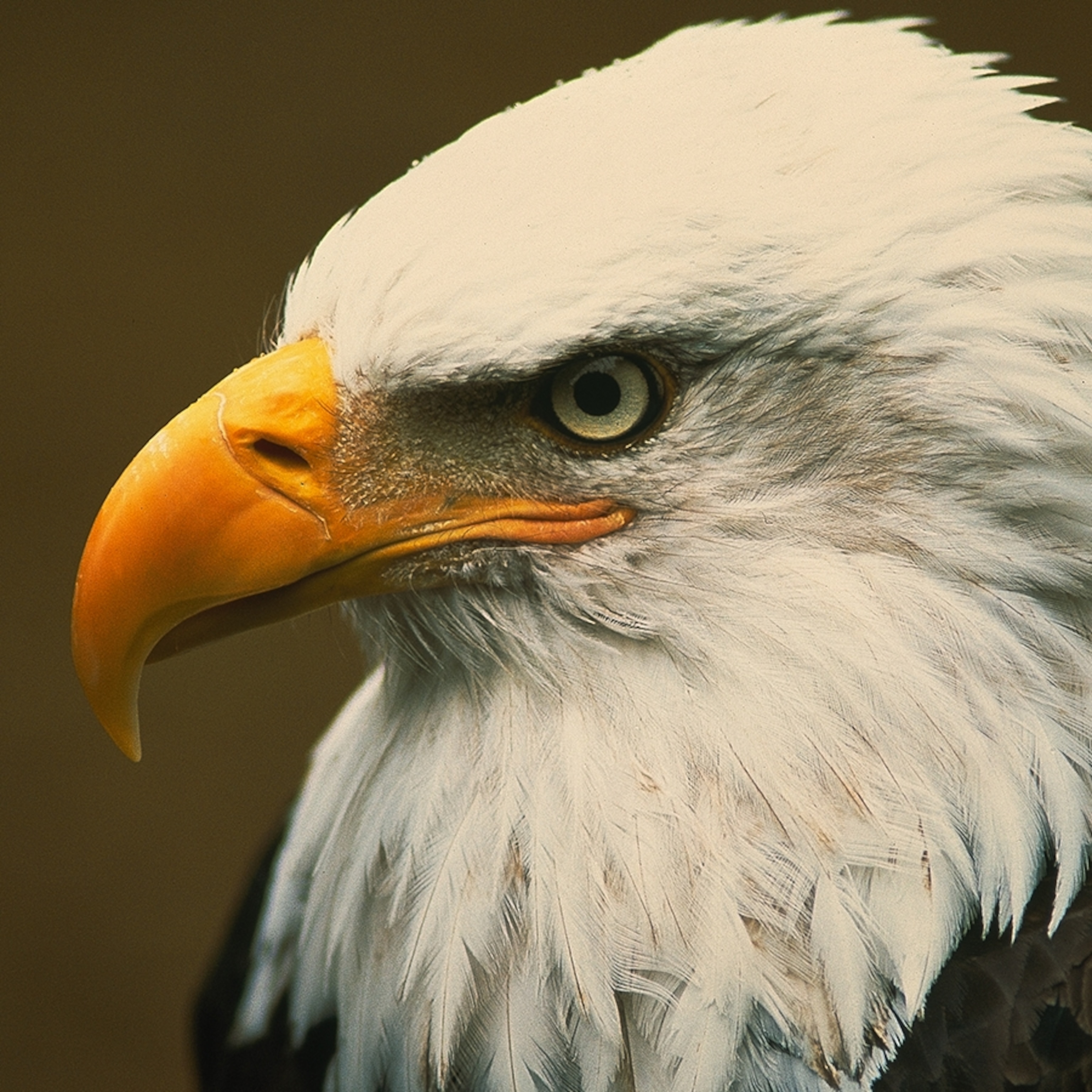 The eagle’s eye is among the strongest in the animal kingdom, with an eyesight estimated at 4 to 8 times stronger than that of the average human.

Proverbs 15:3 The eyes of the Lord are in every place, Keeping watch on the evil and the good.

Job 36:7 He does not withdraw His eyes from the righteous; But they are on the throne with kings, For He has seated them forever, And they are exalted.

Deuteronomy 32:12 So the Lord (Yᵊhōvâ) alone led him,
And there was no foreign god with him.

Deuteronomy 32:13 “He made him ride (on the back of the eagle) in the heights of the earth,
That he might eat the produce of the fields;
He made him draw honey from the rock,
And oil from the flinty rock;

Deuteronomy 32:14 Curds from the cattle, and milk of the flock,
With fat of lambs;
And rams of the breed of Bashan, and goats,
With the choicest wheat;
And you drank wine, the blood of the grapes.

Deuteronomy 32:15 “But Jeshurun (Jerusalem) grew fat and kicked;
You grew fat, you grew thick,
You are obese!

Then he forsook God (‘ĕlôha) who made him,
And scornfully esteemed the Rock of his salvation (ṣûr yᵊšûʿâ)

Deuteronomy 32:17 They sacrificed to demons (devils), not to God (‘ĕlôha),
To gods they did not know,
To new gods, new arrivals
That your fathers did not fear.

Deuteronomy 32:18 Of the Rock who begot you, you are unmindful,
And have forgotten the God (‘ēl singular God) who fathered you.

Deuteronomy 32:19 “And when the Lord (Yᵊhōvâ) saw it, He spurned them,
Because of the provocation of His sons and His daughters.

Deuteronomy 32:20 And He said: ‘I will hide My face (to turn away) from them,
I will see what their end will be,
For they are a perverse generation,
Children in whom is no faith.

Deuteronomy 32:21 They have provoked Me to jealousy by what is not god;

They have moved Me to anger by their foolish idols (foolishness, literally vanities).
But I will provoke them to jealousy by those who are not a nation (the Gentiles);
I will move them to anger by a foolish nation.

Deuteronomy 32:22 For a fire is kindled in My anger,
And shall burn to the lowest (part of) hell (Sheol);
It shall consume the earth with her increase,
And set on fire the foundations of the mountains (figurative: kingdoms).

Deuteronomy 32:23 ‘I will heap disasters on them;
I will spend My arrows on them.

Deuteronomy 32:24 They shall be wasted with hunger,
Devoured by pestilence and bitter destruction;
I will also send against them the teeth of beasts,
With the poison of serpents of the dust.

Deuteronomy 32:25 The sword shall destroy outside;
There shall be terror within
For the young man and virgin,
The nursing child with the man of gray hairs.

Deuteronomy 32:26 I would have said, “I will dash them in pieces,
I will make the memory of them to cease from among men,”

Deuteronomy 32:27 Had I not feared the wrath of the enemy,
Lest their adversaries should misunderstand,
Lest they should say, “Our hand is high;
And it is not the Lord (Yᵊhōvâ) who has done all this.” ’

Deuteronomy 32:28 “For they are a nation void of counsel,
Nor is there any understanding in them.

Deuteronomy 32:29 Oh, that they were wise, that they understood this,
That they would consider their latter end!

Deuteronomy 32:30 How could one chase a thousand,
And two put ten thousand to flight,
Unless their Rock had sold them,
And the Lord had surrendered them?

Deuteronomy 32:31 For their rock (ṣûr) is not like our Rock (ṣûr),
Even our enemies themselves being judges.

Deuteronomy 32:32 For their vine is of the vine of Sodom
And of the fields of Gomorrah;
Their grapes are grapes of gall,
Their clusters are bitter.

Deuteronomy 32:33 Their wine is the poison of serpents,
And the cruel venom of cobras.

Deuteronomy 32:34 ‘Is this not laid up in store with Me,
Sealed up among My treasures?

Deuteronomy 32:35 Vengeance is Mine, and recompense;
Their foot shall slip in due time;
For the day of their calamity is at hand,
And the things to come hasten upon them.’

Deuteronomy 32:36 “For the Lord (Yᵊhōvâ) will judge His people
And have compassion on His servants,
When He sees that their power is gone,
And there is no one remaining, bond or free.

Deuteronomy 32:37 He will say: ‘Where are their gods,
The rock in which they sought refuge?

Deuteronomy 32:38 Who ate the fat of their sacrifices,
And drank the wine of their drink offering?
Let them rise and help you,
And be your refuge.

Deuteronomy 32:39 ‘Now see that I, even I, am He,
And there is no God (‘ĕlōhîm) besides Me;
I kill and I make alive;
I wound and I heal;
Nor is there any who can deliver from My hand.

Deuteronomy 32:40 For I raise My hand to heaven,
And say, “As I live forever,

Deuteronomy 32:41 If I whet (sharpen) My glittering sword,
And My hand takes hold on judgment,
I will render vengeance to My enemies,
And repay those who hate Me.

Deuteronomy 32:42 I will make My arrows drunk with blood,
And My sword shall devour flesh,
With the blood of the slain and the captives,
From the heads of the leaders of the enemy.” ’

Deuteronomy 32:43 “Rejoice, O Gentiles, with His people; (And let all the angels worship HIM)

For He will avenge the blood of His servants,
And render vengeance to His adversaries;
He will provide atonement for His land and His people.”

Deuteronomy 32:45 Moses finished speaking all these words to all Israel,

Deuteronomy 32:46 and he said to them: “Set your hearts on all the words which I testify among you today, which you shall command your children to be careful to observe—all the words of this law.

Deuteronomy 32:47 For it is not a futile (vain) thing for you, because it is your life, and by this word you shall prolong your days in the land which you cross over the Jordan to possess.”

עָבַר h5674 ʿāḇar (Hebrew – eber)
To pass over, cross, cross over, pass over, march over, overflow, go over:

Moses to Die on Mount Nebo

Deuteronomy 32:48 Then the Lord (Yᵊhōvâ) spoke to Moses that very same day, saying:

Deuteronomy 32:49 “Go up this mountain of the Abarim, Mount Nebo, which is in the land of Moab, across from Jericho; view the land of Canaan, which I give to the children of Israel as a possession;

Deuteronomy 32:50 and die on the mountain which you ascend, and be gathered to your people (Join your ancestors), just as Aaron your brother died on Mount Hor and was gathered to his people;

Deuteronomy 32:52 Yet you shall see the land before you, though you shall not go there, into the land which I am giving to the children of Israel.”